Cinema returns to Battersea at The Coaling Jetty 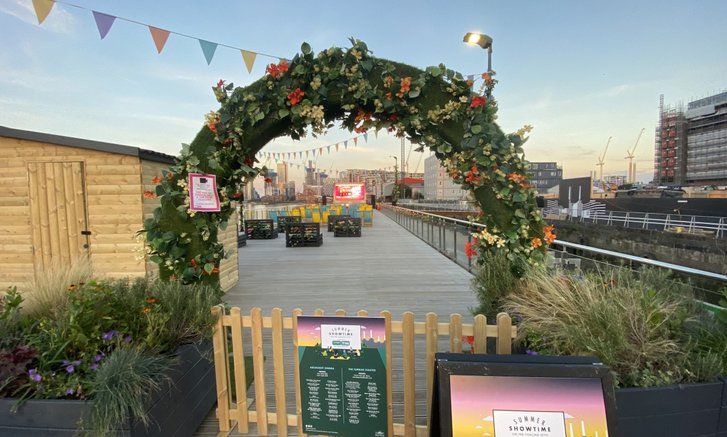 For those of us who have had a theatre and cinema shaped hole in our lives for the last few months, we have some good news. Battersea Power Station has been an historic and iconic site for many years, a staple along the river and a wonder of human engineering and architecture. But it has also been the host of many historic cinematic moments including The Dark Knight and Monty Python’s The Meaning of Life, and now the silver screen is making a long awaited return to the site.

Running from now until 20th September, the Grade II listed Coaling Jetty (situated along the Thames next to the Power Station) will be featuring an open-air cinema with performances from The Turbine Theatre and screenings of popular and much loved films from cinema operator Archlight Cinema.

The Turbine Theatre will be showing a range of musical performances from West End Rock Trio and HAIR, to Horrible Histories.

As with the theatre productions, Archlight Cinema have also produced a line up suitable for all ages and all tastes. From coming of age classics such as The Goonies and Stand by Me, to modern masterpieces like Joker and Once Upon A Time in Hollywood, this summer will a cinematic one to remember.

Summer Showtime at Battersea Power Station will also boast a variety of craft beers, wine, cocktails and perfect cinema food from the Coaling Jetty Huts, so that you can sit back and enjoy the show with plenty of sensational drinks and delicious nibbles.

Tickets will be sold in groups of either two or four. Theatre tickets will have allocated seats, but cinema screening seats will be served on a first come first basis.

To buy tickets or for more information on Summer Showtime at The Coaling Jetty, head over to the Battersea Power Station website.